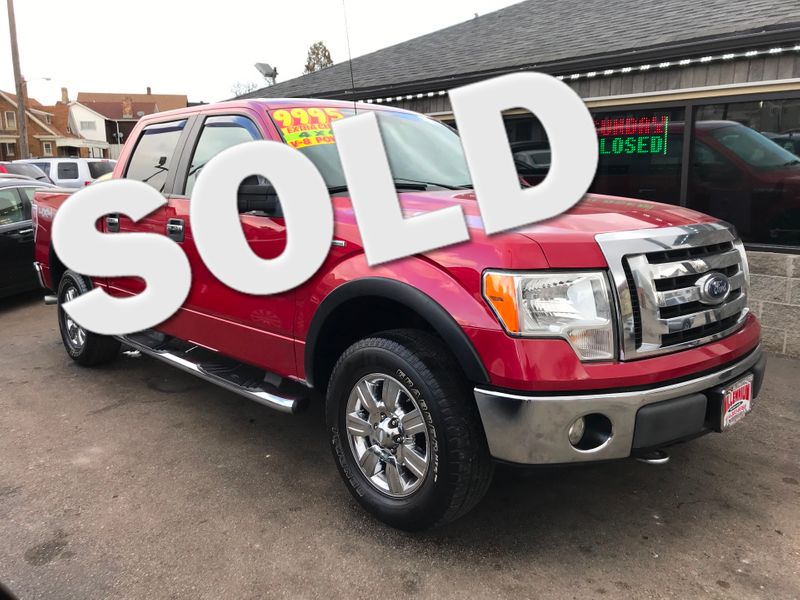 You probably know someone who owns one already. Ford's F-150 held the record as the best-selling vehicle in the United States for almost a quarter-century. It’s been the best-selling truck in the United States for over 30 years. In 2005 alone, almost a million new F-150s showed up on American roads. Now having passed the half-century mark, the F-150 is in its twelfth generation, and shows up with two new specialty trims to woo the masses anew.

This ’09 F150 is ready for any chore or family event, whatever the nature. There’s plenty of power to tow your boat or cruise on the highway (road trip!) with Ford’s 5.4L V-8 pumping out 310 hp. And it’s E85-capable for fuel flexibility, with E85 actually adding 10 hp! For your comfort—and don’t forget you’re driving a truck—this vehicle has Automatic transmission, upgraded seating and keyless remote entry. The crew cab allows generous seating, so take your family or friends along in comfort without the packed-in feeling of lesser vehicles. All this and truck utility with Ford’s famous box frame, heavy springs and deep, deep cargo bed! Five-star front-seat crash ratings and ABS brakes reflect this F150’s solid construction.

If you want an upscale yet hard working truck with power and comfort, why not take a look? You'll be equally confident dropping the boss and his wife at the airport or hauling hay from the barn. Jump at this chance to own an American classic! Print this page and call us Now... We Know You Will Enjoy Your Test Drive Towards Ownership!